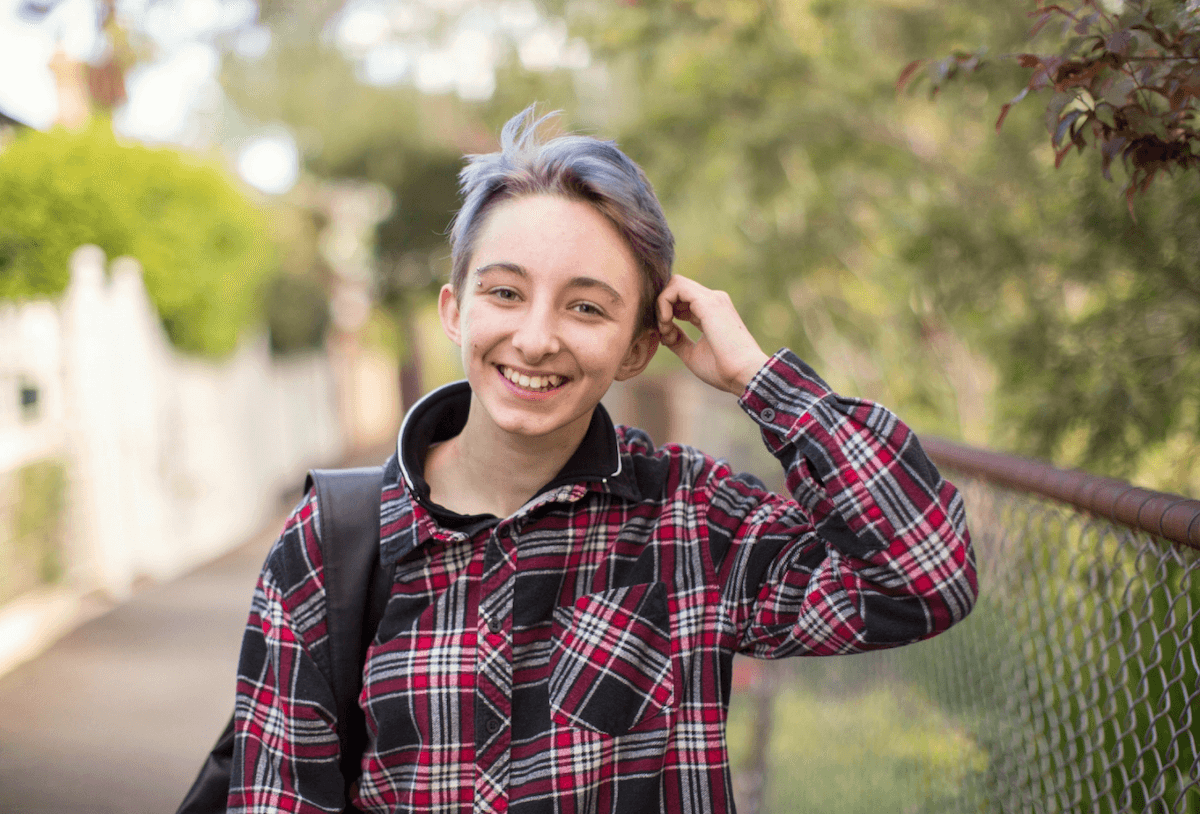 I'm Intersex: here's what that means

I started puberty a bit late, so I went to a doctor and he ran some tests. He told me that I had high levels of testosterone, and introduced me to the term intersex.

I was really lucky that my first interaction with the medical system and intersex traits was a really positive one, with a well-educated doctor. He was honest with me and used the correct terminology, and that gave me the option of embracing my identity and connecting with other intersex people, which made a huge difference.

Unfortunately, a lot of intersex people don't always have that experience, and may not even know that they're intersex. Sometimes that's because doctors will hide it from us or treat it as something shameful, or because it's hard to access accurate information about intersex traits.

What does intersex mean?

Sex is based on a combination of hormones, genitals, chromosomes, and other physical characteristics.

You might have heard some people associate physical attributes with gender, and use words like "male" and "female" to describe bodies, but gender is actually a largely separate thing. Women, men, and non-binary people can all have a range of physical traits, including varying hormone levels, different genitalia, genetic differences, and heaps of other combinations. No physical trait is inherently male or female at all.

There’s a lot of variety in the physical traits people can have, and unsurprisingly, the two categories we’ve constructed doesn't describe everyone.

What does that mean for sex and gender?

Being intersex means that I don’t fit into either of these two 'binary' sexes. There are many different ways to be intersex. Some intersex people’s chromosomes might be X, or XXY, or we might have varieties in our hormones like androgen insensitivity syndrome (when someone has XY chromosomes but is resistant to androgens), or lots of other possibilities.

Gender, sexuality, and intersex status are all totally different things, and they can combine in really different ways. I'm pansexual, which means that I'm potentially attracted to people of any gender, and I'm a trans man.

Sexuality is also separate from our bodies and gender identity. Intersex people can also be any sexuality, including asexual, bisexual, gay, lesbian, straight, or anything else!

There are a lot of misconceptions about what being intersex is really like. These are just a few of them.

Intersex is the same as transgender

This one’s just flat out wrong, not to mention offensive. Describing our bodies as mutilated or wrong is insulting, and based on the absurd idea that 'different’ means ‘bad’.

Intersex people are all mentally ill

When I’m comfortable with a person, I’ll tell them that I’m intersex if they ask me about it. I’ve told most of my family and close friends, but sharing this part of my identity can still be difficult. Some people still don’t understand what intersex means, or have really negative ideas about it.

Our bodies can also be quite personal things, so it’s important to respect our right to decide what we tell you. It’s okay to ask questions, but think about how appropriate what you’re asking is. If you wouldn’t ask a non-intersex people who you know, then you probably shouldn’t be asking me either.

Intersex inclusion is really important, but it needs to be led by intersex people. I’ve seen some groups that will tack on an I in the acronym, but won’t even know what it stands for, and that’s really tokenistic and misleading.

If your organisation doesn’t have any intersex staff or volunteers, then elevate the voices of intersex people who are already sharing our stories and ideas. It’s also important to consult with intersex people if you’re working on relevant resources or trainings.