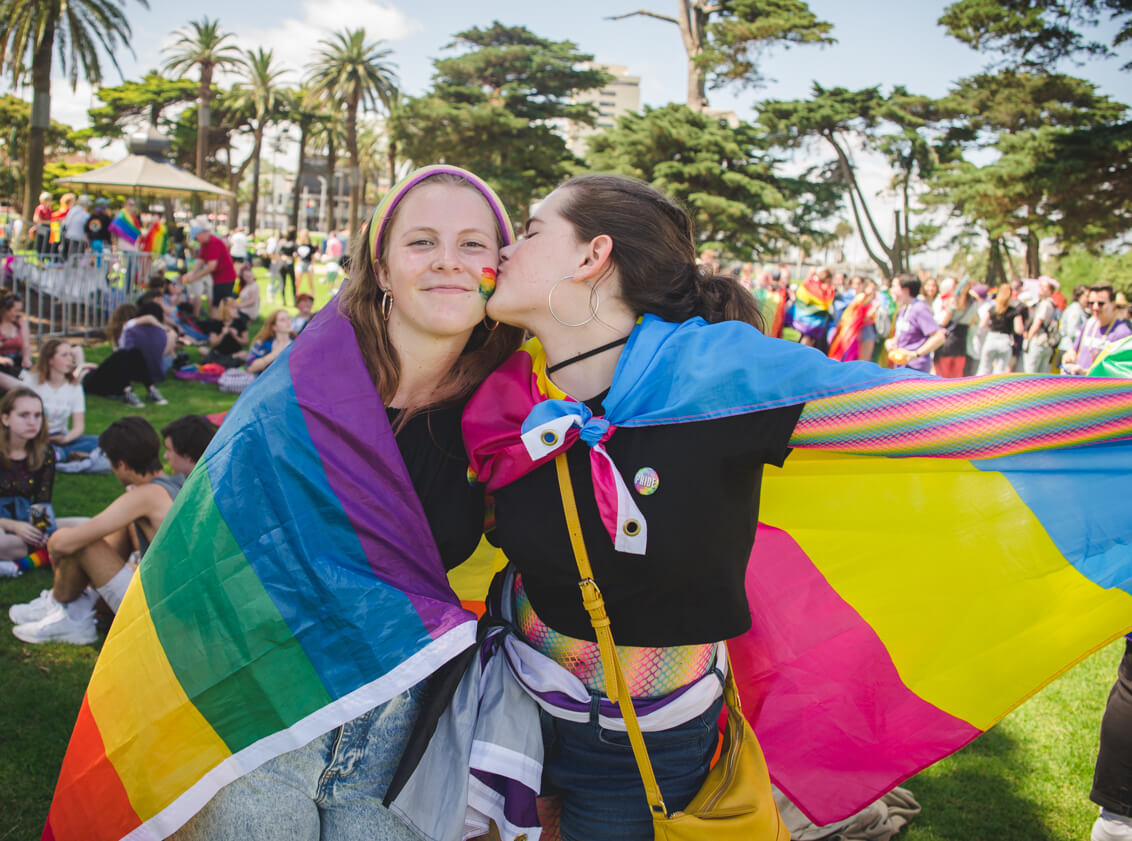 What's the difference between bisexual and pansexual?

There are few questions asked quite as much as: what's the difference between being bisexual and pansexual?

And it’s not just confused outsiders or boomers asking it. It’s people questioning themselves, and people who identify as one of the two. And today we're going to dive into it!

First: what do bi and pan mean?

BISEXUAL means being attracted to the gender the same as your own, AND to other genders. Some people use it to mean "attracted to two or more genders".

A lot of people assume that BI-(meaning two)-sexual means is that bisexuals don’t know non-binary people exist, or are never attracted to non-binary people, or completely discount trans people. You heard it here pals: that isn't the case.

While some people might use bi to mean they only like girls and boys, that isn’t a universal definition.

PANSEXUAL however, means attracted to (or has the potential to be attracted to) people of ALL genders. Binary or not.

Some people use the word pansexual to be specifically inclusive of trans people, but keep in mind that trans people aren't their own separate category. Because "trans" in and of itself isn't a gender. It's a descriptor of how you experience your gender.

Really, it just means “attracted to all genders” and that can include that you don’t factor gender into whether you’re attracted to someone at all. You can have gender preferences and still be pan, but you can also genuinely not care.

So, how are they different?

Well, they don’t have to be. You can identify as bi and pan, because they can definitely fit into a broadly similar definition (depending on YOUR experience of being bi or pan). But there are a few reasons why you might prefer one over the other.

On top of that, bisexual has a long, long history. Holding onto the label of bisexual can be about remembering all the people like you who came before you, and aligning yourself with them as a community.

You might prefer pansexual, though, because it makes it really obvious that you mean all genders. It makes it easier to communicate what your preferences are without getting specific, and makes it well known right from the start that you mean non-binary people too.

Is there anything wrong with using one over the other?

No! Not at all. Just remember that you preferring one term doesn’t make the other one bad, and don’t assume that everyone who uses that term over the other means it in a bad way.

Not everyone who is bisexual is clueless about non-binary things, and not everyone who is pansexual believes in being “gender blind”. If you're defining your identity as how it's better than someone else's, you can really hurt people. They're both legitimate identities, and there's plenty of good reasons to use either term for yourself!