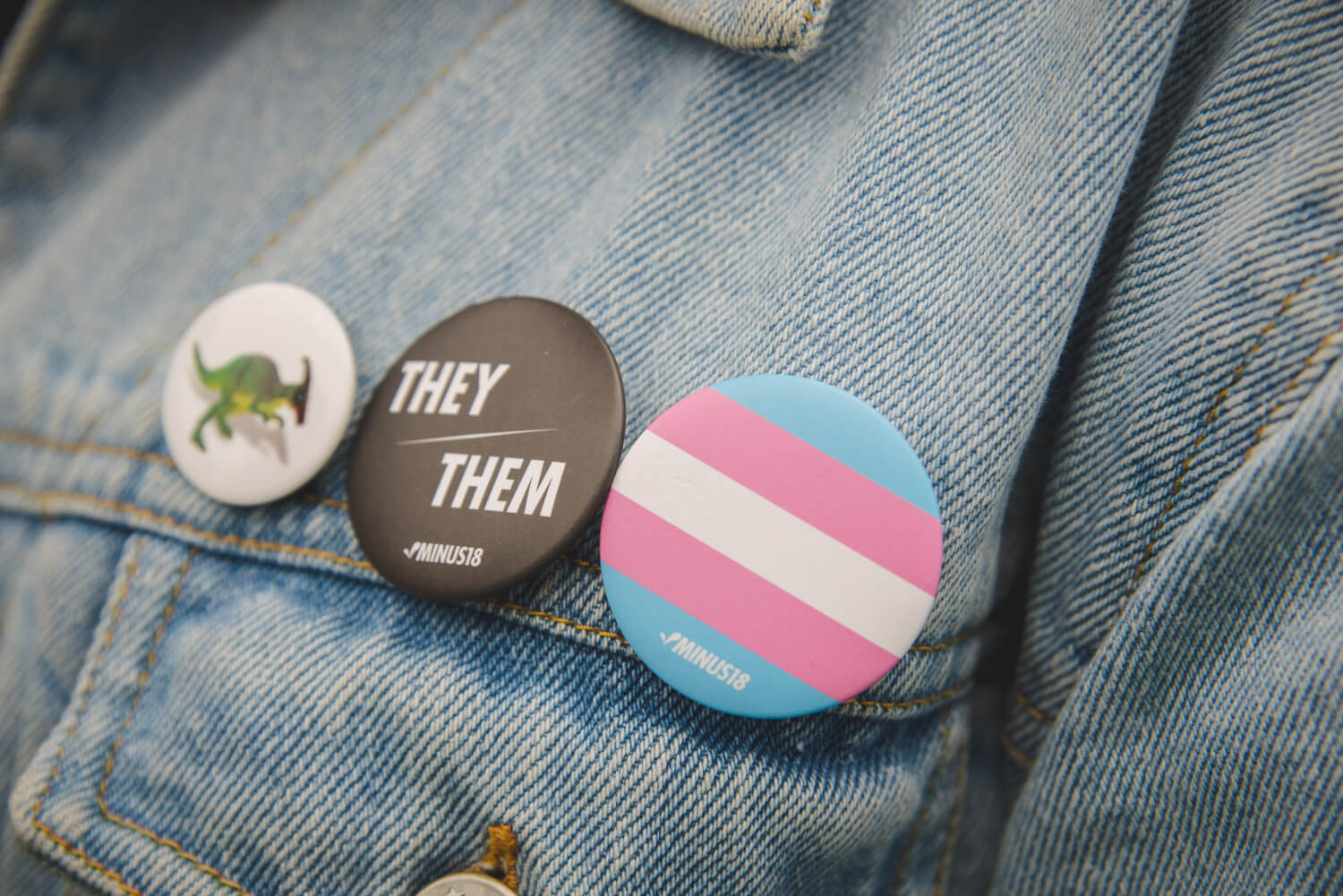 What are pronouns and why are they important?

A pronoun is a word that refers to either the people talking (I or you) or someone/something that is being talked about (like she, it, them, and this). Pronouns like he, she and they specifically refer to the people that you are talking about.

Both of these are sometimes used by people who don’t identify as male or female.

There are lots of other gender neutral pronouns. They can take a bit of getting used to, but it’s important to use the right ones. If you’re not sure, just politely ask.

Most people have personal pronouns. Whether they use she, he, or they,or anything else can depend that person’s gender identity. For example, it’s common for gender diverse people to prefer they, or other gender neutral pronouns. A female or male identifying person might prefer her or he pronouns respectively.

There are lots of reasons why it’s important to use the pronouns that a person prefers. Put simply, though? It can make a person feel pretty shit when you use the wrong ones.

If someone happens to use pronouns that are different to what you might expect, they’ve probably thought long and hard about which ones and why.

Misgendering is a term used to describe accidentally or intentionally using incorrect pronouns about or towards a person. It can happen as an accident, and that's okay. But when it happens intentionally, it's pretty crappy.

It’s not always easy to come out and tell people you’re trans* or that prefer a new set of pronouns, so using the right ones really is a big deal and a pretty awesome thing.

This is probably the biggest mistake you can make.

It’s an easy assumption to make accidentally, but genitals and bodies in general don’t reflect anything about a person’s pronouns or gender.

Above all else, don’t try to argue this with a person. Even if you personally disagree, a person who’s asking you to use new pronouns more than likely already has their mind made up, and will probably also feel pretty hurt. Basically, what’s more important? Someone’s anatomy, or their happiness?

Yes, stuffing up is pretty bad, but it does happen. Using new pronouns for a person can take some getting used to. Some can sound pretty strange, and changing the words you use in general can be harder than expected.

Slipping up can feel pretty awkward or even make you feel guilty, but it’s really important not to snap or take it out on the person you’re talking about or to.

You might not pick it up instantly. If you do slip up (this bit's important), don't snap over it, or make a huge deal out of it. Just keep trying your best and move on. You'll get the hang of it with time!

What you can do!

Remember to always ask people what they prefer. Some people still might not openly use their new pronouns around everyone, like certain family members or friends, so check in and make sure not to 'out' anyone.

Having good, supportive, understanding people around is huge for any young trans person figuring themselves out. By being there for your friends, you're making a big difference.