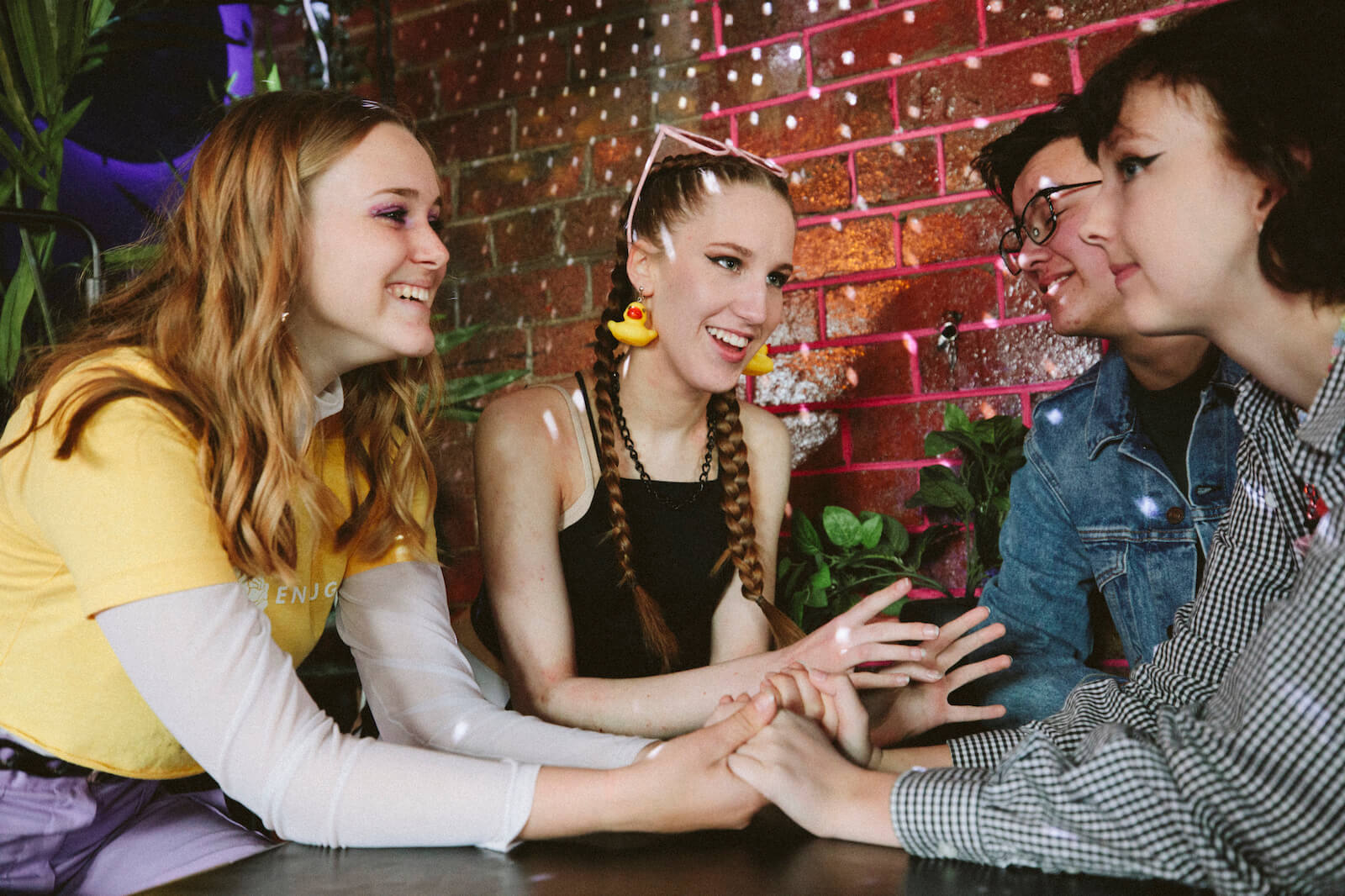 What does "Queer" mean anyway?

The meaning of ‘queer’ has changed a lot over the past few decades. From its dictionary definition, to being used as a slur, to being reclaimed by some LGBTQIA+ people and to being rejected by others, queer means many different things to many different people.

Finding umbrella terms for a community as diverse as ours isn’t easy (trust us – we know!). Over the last 50 years, we’ve cycled through a great deal of them. The ‘gay community’ became the ‘gay and lesbian community’, then the ‘LGBT community’, or the ‘LGBTIQ community’, and so on.

Think for a moment: the word gay used to mean 'happy' and queer used to mean 'strange' or 'different'. But like all words, its use evolved over time and quickly came to mean something different.

It's a useful term!

There are loads of reasons why people identify with queer, either individually or as an umbrella term. It encompasses a wide range of identities, and doesn’t risk excluding groups that the acronym may leave out. Some people find queer’s ambiguity appealing since it gives a sense of community without the need for a more specific label. You might be gay, I might be trans, but we’re both queer and that brings us together.

A lot of people like it because it’s easy to say with decidedly less syllables than LGBTQIA+. Overall, it’s easier to use and remember, especially if this all new to you.

That said, there are many people who dislike the term, mostly due to its history as a slur (a word people use with hate). In the 1960s onwards, people used the word queer as a weapon, usually saying it when attacking or trying to humiliate LGBTQIA+ people.

To anyone who’s been called queer as an insult, hearing it used within your community can remind you of those experiences, and that's fair too.

But there's power in reclaiming words

It wasn’t until the 1980s when activists began to reclaim it, writing it on their banners and flags when they marched down the street.

Reclaiming language is a powerful tool against other people’s hate and bullying. The thinking behind it is that you can’t be hurt by words that you use to describe yourself. Take the word ‘slut’ for example. If someone calls you a slut it takes away a lot of that person’s power if you turn around and say “I am, so what?”

This doesn't mean that it's never okay to use the phrase 'the queer community'. It’s important to keep in mind that there's no umbrella term that everyone is 100% happy with. Heaps of people don’t like LGBTIQ! So there’s no one size fits all.

At Minus18, we use the word when talking about our events and some of our projects. Like the Queer Formal, it makes it easier to communicate to others what we’re talking about.

It’s also good to point out that 97% of people who come to the Queer Formal ‘like’ or ‘don’t mind’ the name – that says a lot to us!

We’re using 'queer' in a way that tries to be an all-inclusive and unifying umbrella term that includes people who are same gender attracted and gender diverse as well as the intersections of people and identities within our community.

So while it’s a word we use, keep in mind that not everybody uses it, and that’s totally OK if they don’t.

Here’s what some of the Minus18 Crew think of it

“Queer is an identity that’s strong and proud, inclusive and flexible. Queer allows me to navigate the ever growing and shifting elements of who I am with a force field of recognition. Queer doesn't tie me down, but lifts me up” – Mill

“I find queer is inclusive and allows me to identify myself within a community without necessarily sharing my specific label.” – Lucy

“Queer is me and it’s us. It’s not aggressive for me. It’s like a verbal hug to a community I care about” – Chris

There's SO much to explore and unpack when it comes to one's identity and the language used within and about the LGBTQIA community. Minus18 have created loads of articles to help you out.

Minus18 can lead workshops and training sessions for Australian schools, teachers and workplaces. Find out more about youth workshops and adult training now.