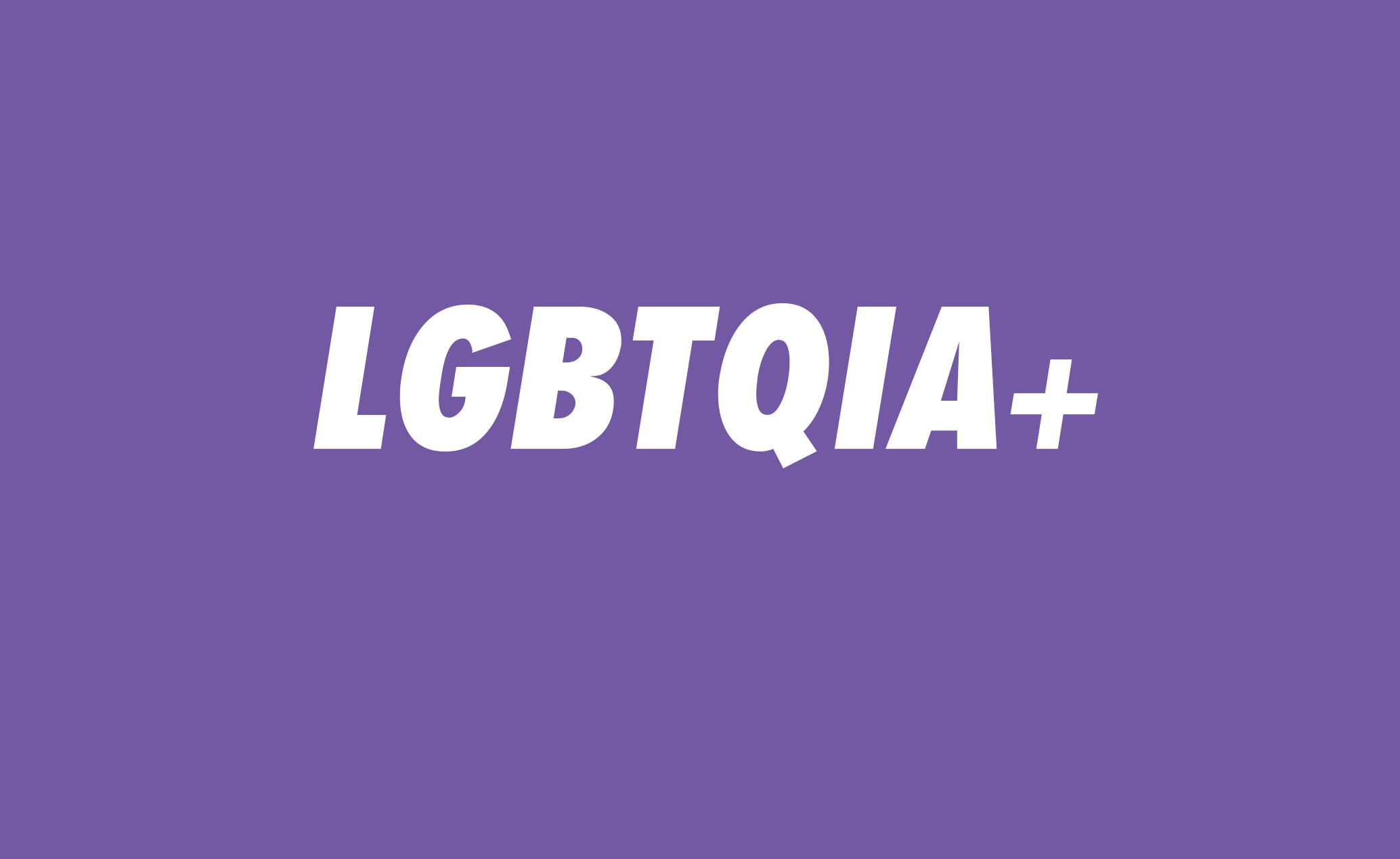 Your guide to words and definitions in the LGBTQIA+ community

So you've been staring the the LGBTQIA+ acronym and wondering what all those letters mean (not to mention that plus sign!). Or perhaps someone you know has just come out and you're too embarrassed to actually ask about their identity.

Stress less! We've got you.

Asexual / Ace: Someone who has little or no sexual attraction to other people.

Bisexual: Described as an attraction to someone of the same gender and other genders. Everyone's experience is a little different, and bi doesn't necessarily mean being attracted to only two genders.

Cisgender: Someone who is not transgender or gender diverse, and who identifies with the sex they were assigned by doctors at birth. Sometimes written as ‘cis’ for short, the term comes from Latin meaning ‘on the same side as’ and is used in contrast with ‘trans’ meaning ‘on the other side of’.

Gay: Most commonly used to described someone who is attracted to someone of the same identified gender.

Gender Diverse: Describes a person who feels that their gender identity does not fit into the categories associated with their assigned sex. For example, someone who is raised as a girl may feel as though the categories of female/feminine are restrictive or don’t apply to them. Questioning how gender stereotypes relate to you is normal – and some people identify as genders other than male or female.

Heteronormativity & Cissexism: The assumption that everyone is straight and cisgender. It’s pretty easy to do, especially when you don’t know many same sex attracted or gender diverse people. It’s also the assumption that you have to act a certain way because of your gender.

Homosexual: This is an older word meaning attracted to the same gender. Nowadays, it’s usually used as a bit of an insult, and shouldn’t be used to describe someone unless they use it to describe themselves first.

Homophobia: Used to describe a whole range of negative feelings or behaviours towards anyone who is same sex attracted people and people who are attracted to more than one gender. Homophobia can lead to discrimination or abuse, and can be as small or throwaway as using the phrase “that’s so gay.”

Intersectionality: The mixed nature of social factors such as race, class, and gender as they apply to a given individual or group, often creating an overlap and susceptibility of discrimination or disadvantage.

Intersex: People are born with different kinds of bodies. People who are intersex are born with natural variations in their body that differ from what we might expect to be ‘typically’ male/female. This can include (but is not limited to) variations in hormones, chromosomes, and sexual organs. A lot of us are taught that when you have high testosterone that you’re male, but if you’re a male that is born with low testosterone you may describe yourself as intersex. There are heaps of ways that you can be intersex!

Non-Binary: An umbrella term people use to describe gender that doesn’t fit squarely into male or female. This can be a mix of both, fluid, or something else entirely.

Pansexual: Describes the sexual, romantic or emotional attraction towards people regardless of their sex or gender identity.

PoC: Acronym standing for Person of Colour. Queer people of colour often use the acronym QTIPOC.

Queer: A common umbrella term used to mean anyone who is same gender attracted or gender diverse.

Queer Capitalism / Pink-washing: The trend in corporations to publicly support LGBTIQ+ initiatives (especially during Mardi Gras or Pride Month) with no actual direct support of the community.

Questioning / Unsure: Most people will question their sexual or gender identity at some point throughout their life. It can be confusing stuff, but it’s also pretty normal.

Sexuality: Sexuality describes who you are attracted to physically and romantically. It’s totally different to your gender identity, although sometimes people are confused about this.

Stereotyping: Generalising that all people belonging to a particular group have certain characteristics.

Tokenism: Making a purely symbolic effort to do a particular thing, especially by recruiting a small number of people from under-represented groups in order to give the appearance of sexual or racial equality within a workforce.

Transgender: Sometimes gender diverse people feel that their gender doesn’t match the sex they were assigned at birth, ie - someone born with a penis might identify as a girl - this is referred to as being transgender. Sometimes trans people change their name, their clothes, or even make change to their bodies. Sometimes they don’t.

Transphobia: Used to describe a whole range of negative feelings or behaviours towards anyone who is gender diverse or transgender people, their desires and/or behaviours, that can lead to discriminatory actions or abuse.

There's a lot to learn and explore when it comes to sexuality and gender diversity, especially when it's relatively new to you, your friends, or your family.

The Minus18 team runs workshops and training sessions for Australian schools, teachers and workplaces – all run professional presenters with loads of knowledge AND lived experience. Find out more about youth workshops and adult training now.